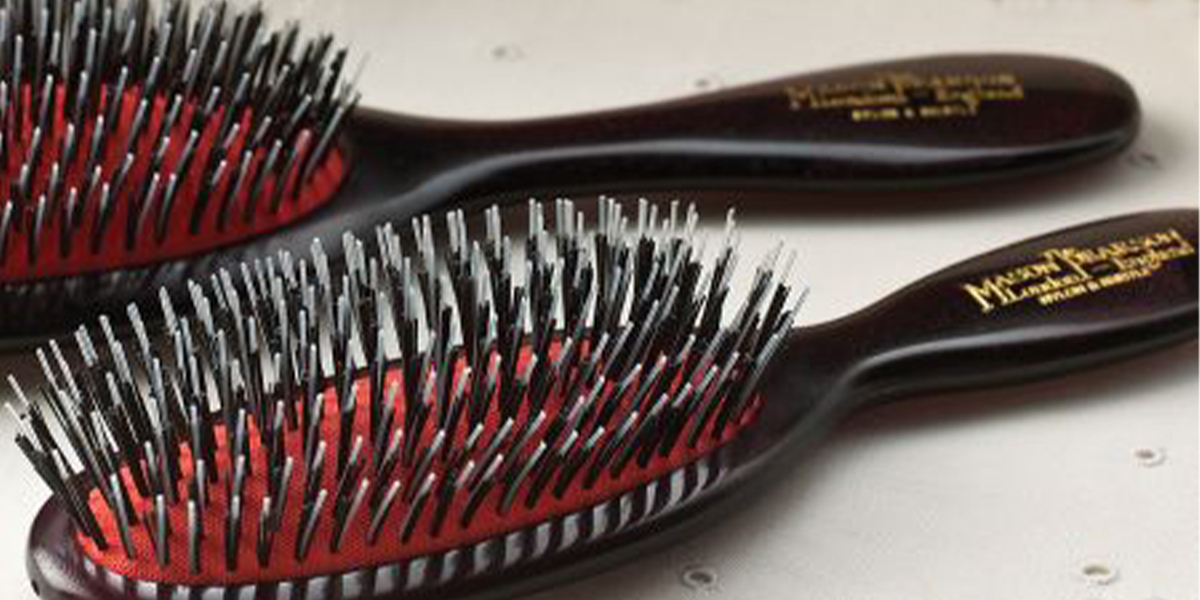 For more than 100 years, Mason Pearson has been the Rolls Royce of hairbrushes. Mason Pearson, an engineer and inventor, moved from Yorkshire to London in around 1860 in order to work at the British Steam Brush Works. In 1885, Pearson invented an automatic brush drill machine in order to speed up the production process. In that same year, he won a silver medal for this machine at the International Inventions Exhibition in London. After his death, his widow continued his work for the next twenty years, until the following generation was ready to take over the business. During this period, the decision was made to concentrate on the Mason Pearson brushes with rubber cushions. The product design currently used is comparable with the original model from 1885, with all the improvements implemented in the fully developed models from the early 1920s. The basic product has not changed since that time, and some of the models from that period are still available: the Large Extra, the Small Extra, the Popular, and the Junior.